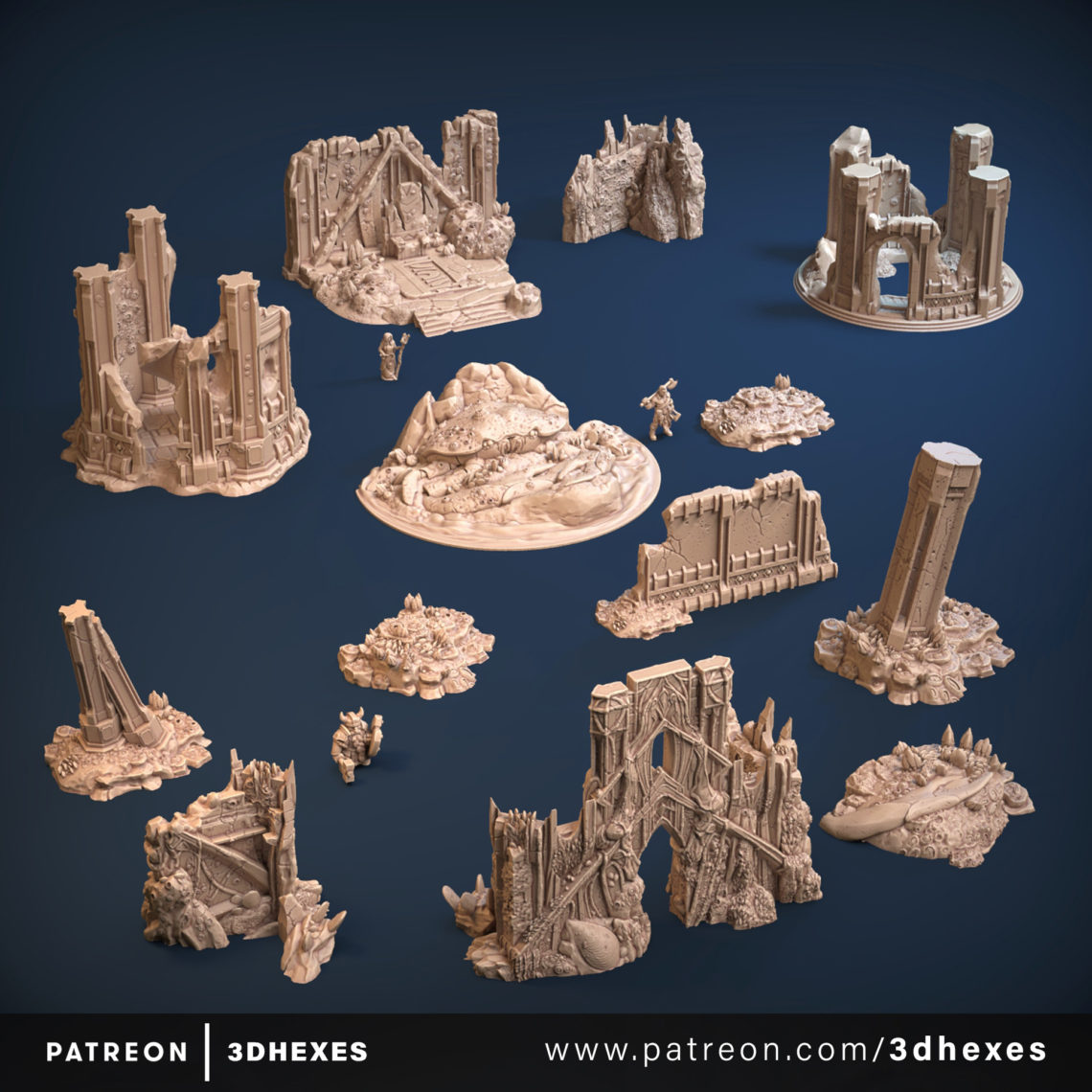 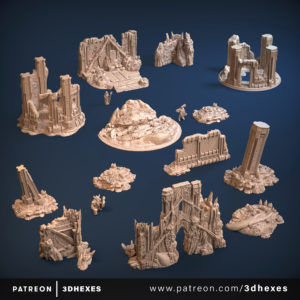 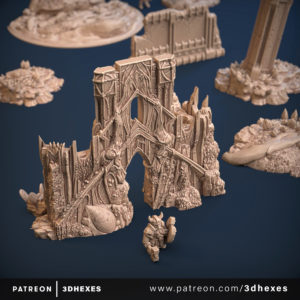 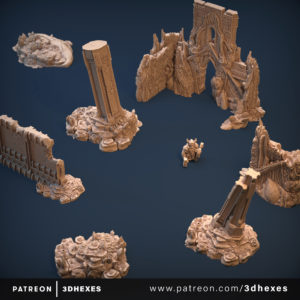 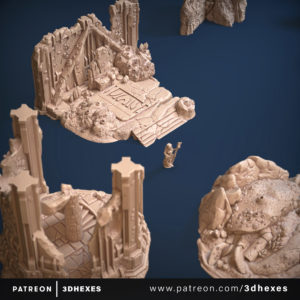 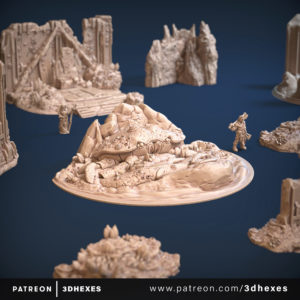 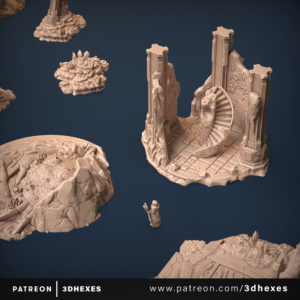 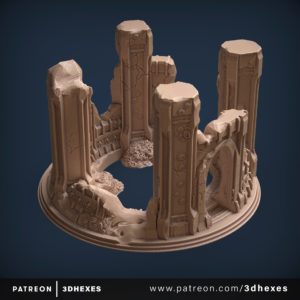 Welcome to the Sunken City!
This adventure will lead us to the corners of the underwater ruins of an ancient city - or on the contrary - perhaps it is a city that has been hidden under the water for hundreds of years, and only recently appeared on the surface ...? It will be up to you.

This set includes many barnacles covered objects, as well as elements that you can use to spice up the storyline of your adventure or to diversify your battlefield.

There are many ruins, architectural elements, a throne room, strange-looking geometric structures, and even a giant crab patiently waiting for its victims await in this bundle.

Models included in this set:

Models from this set do not require any supports (if you are using an FDM printer).

NOTE: This product does not contain any physical models - Contains only digital products in the form of STL files for printing on your own 3D printer.

The miniatures presented in the pictures (dwarf, female druid and warrior) are made by Duncan "Shadow" Louca and are shown only for the scale. They are used with the knowledge and consent of the author. They are not included in the presented product.